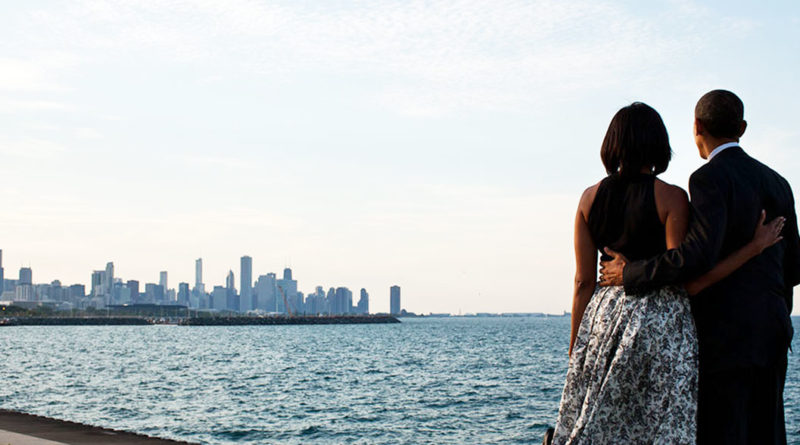 President Obama is in Chicago to offer his thanks to the American people for the last eight years and share his thoughts on where we go from here.

READ IT HERE
Since George Washington, U.S. presidents have often delivered a final address to the American people as a way to share both their reflections on their time in office and their outlook on the future of our country.

As his time in office comes to a close, President Obama will return to Chicago to deliver his Farewell Address on January 10, 2017 at 8 p.m. CST / 9 p.m. EST.
Attending the event in Chicago?

CLICK HERE FOR DETAILS
“America is not the project of any one person. Because the single most powerful word in our democracy is the word ‘We.’ ‘We The People.’ ‘We Shall Overcome.’ ‘Yes, We Can.’”

THE RECORD Previous Next 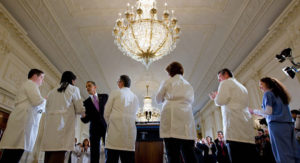 President Barack Obama greets doctors and nurses following his remarks about health care reform in the East Room of the White House, March 3, 2010. (Official White House Photo by Chuck Kennedy)
Improving Health for All Americans
President Obama promised that he would make quality, affordable health care not a privilege, but a right. After nearly 100 years of talk, and decades of trying by presidents of both parties, that’s exactly what he did. Today, 20 million more adults gained access to health coverage. We’ve driven the uninsured rate below 10 percent — the lowest level since we started keeping records — and built stronger, healthier communities through advancements in public health, science, and innovation.

THE RECORD Previous Next
President Barack Obama views Bear Glacier which has receded 1.8 miles in the roughly 100 years that have been recorded, during a boat tour to see firsthand the effects of climate change in Kenai Fjords National Park, Alaska, Sept. 1, 2015. (Official White House Photo by Chuck Kennedy)
A Historic Commitment to Protecting the Environment and Addressing the Impacts of Climate Change
President Obama believes that no challenge poses a greater threat to our children, our planet, and future generations than climate change — and that no other country on Earth is better equipped to lead the world towards a solution.

That’s why under President Obama’s leadership, the United States has done more to combat climate change than ever before, while growing the economy. In fact, since the President took office, carbon emissions have decreased 9 percent, while the U.S. economy grew more than 10 percent.

American Leadership in the World

When President Obama took office in 2009, America was engaged in two costly wars, faced a global economic crisis, and had a diminished standing with our allies and around the world. The President has refocused and reaffirmed American leadership in the world, recognizing that American strength derives not only from our military power but also our economic vitality, the depth and breadth of our global partnerships, and our values. In doing so, the President has remained relentless in taking action against terrorist networks, while also focusing on key emerging regions and policies that will shape the 21st century.

GET THE FULL FOREIGN POLICY RECORD AS A PDF

President Obama on 8 Years of American Leadership in the World

Economic Rescue, Recovery, and Rebuilding on a New Foundation

In 2008, the American people turned to Barack Obama to lead the country through the worst economic crisis since the Great Depression. His North Star was to make the economy work for the middle class and for those fighting to join it. He took steps to create jobs, rescue the auto industry, and rebuild the economy on a new foundation for growth and prosperity.

GET THE FULL ECONOMIC RECORD AS A PDF

sident Obama has led the fight to protect everyone — no matter who you are, where you’re from, what you look like, or whom you love.

From pushing through sweeping rights and protections for LGBT Americans, to making our immigration system fairer and safer, to tackling poverty and investing in communities, here’s where the Administration’s record stands.

GET THE FULL SOCIAL PROGRESS AND EQUALITY RECORD AS A PDF