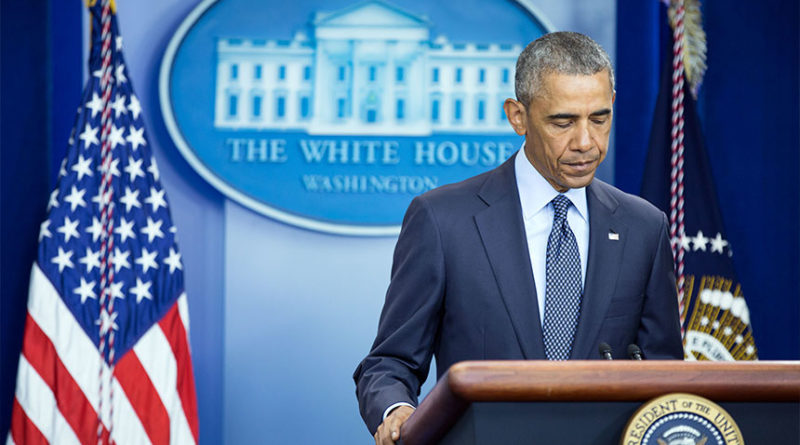 Summary:
Watch the President’s remarks on Supreme Court’s ruling on immigration reform and learn what it means for our immigration policies.
Today, President Obama delivered remarks on the Supreme Court ruling on United States v. Texas, a case which challenged the deferred action policies President Obama announced in 2014. Since the Court wasn’t able to reach a decision, the those policies cannot proceed. Here’s a quick look at the President’s remarks.

“Four years ago, we announced that those who are our lowest priorities for enforcement — diligent, patriotic young DREAMers who grew up pledging allegiance to our flag — should be able to apply to work here and study here and pay their taxes here. More than 730,000 lives have been changed as a result. These are students, they’re teachers, they’re doctors, they’re lawyers. They’re Americans in every way but on paper.

“Two years ago, we announced a similar, expanded approach for others who are also low priorities for enforcement.  We said that if you’ve been in America for more than five years, with children who are American citizens or legal residents, then you, too, can come forward, get right with the law, and work in this country temporarily, without fear of deportation.

“Both were the kinds of actions taken by Republican and Democratic Presidents over the past half-century.  Neither granted anybody a free pass.  All they did was focus our enforcement resources — which are necessarily limited — on the highest priorities:  convicted criminals, recent border crossers, and threats to our national security.”

On the Supreme Court’s failure to reach a decision:

“Now, as disappointing as it was to be challenged for taking the kind of actions that other administrations have taken, the country was looking to the Supreme Court to resolve the important legal questions raised in this case. Today, the Supreme Court was unable to reach a decision. This is part of the consequence of the Republican failure so far to give a fair hearing to Mr. Merrick Garland, my nominee to the Supreme Court.  It means that the expanded set of common-sense deferred action policies — the ones that I announced two years ago — can’t go forward at this stage, until there is a ninth justice on the Court to break the tie.

“I know a lot of people are going to be disappointed today, but it is important to understand what today means.

“The deferred action policy that has been in place for the last four years is not affected by this ruling. Enforcement priorities developed by my administration are not affected by this ruling. This means that the people who might have benefited from the expanded deferred action policies — long-term residents raising children who are Americans or legal residents — they will remain low priorities for enforcement. As long as you have not committed a crime, our limited immigration enforcement resources are not focused on you.”

On what’s next for immigration reform:

“Most Americans — including business leaders, faith leaders, and law enforcement, Democrats and Republicans and independents — still agree that the single best way to solve this problem is by working together to pass commonsense, bipartisan immigration reform.

“That is obviously not going to happen during the remainder of this Congress. We don’t have is a Congress that agrees with us on this. Nor do we have a Congress that’s willing to do even its most basic of jobs under the Constitution, which is to consider nominations. Republicans in Congress currently are willfully preventing the Supreme Court from being fully staffed and functioning as our Founders intended. And today’s situation underscores the degree to which the Court is not able to function the way it’s supposed to.

“The Court’s inability to reach a decision in this case is a very clear reminder of why it’s so important for the Supreme Court to have a full bench. For more than 40 years, there’s been an average of just over two months between a nomination and a hearing. I nominated Judge Merrick Garland to the Supreme Court more than three months ago. But most Republicans so far refuse to even meet with him. They are allowing partisan politics to jeopardize something as fundamental as the impartiality and integrity of our justice system. And America should not let it stand.”

On why immigration is not something to fear

“In the end, it is my firm belief that immigration is not something to fear. We don’t have to wall ourselves off from those who may not look like us right now, or pray like we do, or have a different last name. Because being an American is about something more than that.

“What makes us Americans is our shared commitment to an ideal that all of us are created equal, all of us have a chance to make of our lives what we will. And every study shows that whether it was the Irish or the Poles, or the Germans, or the Italians, or the Chinese, or the Japanese, or the Mexicans, or the Kenyans — whoever showed up, over time, by a second generation, third generation, those kids are Americans. They do look like us — because we don’t look one way. We don’t all have the same last names, but we all share a creed and we all share a commitment to the values that founded this nation. That’s who we are. And that is what I believe most Americans recognize.”